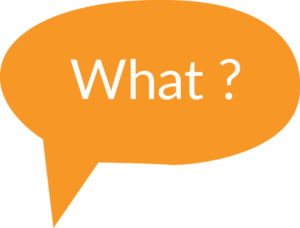 1. WHAT is Strong AI

AsentienceL’s innovations involved with the technology of ASIMS has evolved over a period of decades. The development of ASIMS now involves all the necessary and sufficient operations to realize Strong AI’s implementation. Strong AI is the natural extension of the Weak AI which has no autonomous intelligence. One might say that the Weak AI represents the information processing advances of the continuing industrial automation revolution. In this website the Strong AI- ASIMS operation attributes are identified – as are some of the he extensive number of applications that involves its consciousness that drives empathetic interaction with humans. Among the applications and research opportunities to benefit impaired or disadvantaged humans Strong AI will able to further promote new roles for technology to aiding human world cultures. Strong AI can also be a precursor to intelligent humanlike machine control. It can be expected to advance military opportunities that mitigate casualties in war between nations. Destructive physical war would be less advantages to adversaries.

2. What enables ASIMS to function

ASIMS’s awareness of the existential world and self-awareness provides the structure’s that ruminate on the issues of desires to make possible functioning with human like versatility. Autonomous independent natural language interaction with humans requires a sensibility that – encompasses right – wrong – justice – and compassion as well as a common sense of morality and religiosity. Compiled episode experience populates the personal knowledge base of the supported individual where the individual’s interests and motivation priorities s provide the targets for logical support with understanding and empathy.

3. What Management and Protections Needed

The ASIMS Strong AI operation set in most applications relate to support an individual or group generally with common interests will over long periods of time develop an extensive knowledge base expected to be of a private personal nature. Such private information would be expected to be protected by some means of oversight in both private operation with the supported individual and some guiding public agency. Beyond seeing to the security of personal information such oversight is also concerned with maintaining the merits of all Strong AI operations so that individual effective Strong AI operation can be improving its operation continually among world cultures.

4. What is Needed to Improve Modern Life

The human adaptation to modern life is now largely involved with: needing, asking for, receiving, providing, responding to and analyzing information. The Weak AI automation with no human adaptive intelligence complicated these modern human activity. The strong AI ASIMS devices will facilitate the burgeoning need for humans working for the deluge of information in modern li9fe and also function as to provide companionship and sensibility of monitoring the human’s actions. The versatility of Strong AI will enable supportive benefits for the frail elderly – the learning impaired and those that have memory or other cognitive deficits needed for modern life.